Have you ordered and downloaded the Victory Bible Study? Order Here

1 Now in those days, a decree went out from Caesar Augustus, that a census be taken of all the inhabited earth. 2 This was the first census taken while Quirinius was governor of Syria. 3 And everyone was on his way to register for the census, each to his own city. 4 Joseph also went up from Galilee, from the city of Nazareth to Judea, to the city of David which is called Bethlehem, because he was of the house and family of David, 5 in order to register along with Mary, who was engaged to him, and was with child. Pick out a new special ornament for your or a friend’s Christmas tree.

If you aren’t in our private group then click JOIN to be a part of the Beautifully Designed’s Advent Calendar for December 2017. 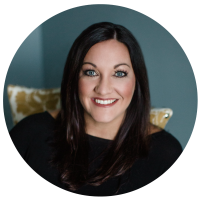 As a wife, mommy, business owner, and friend to many my plate is full and blessed. I have been on a journey of finding out who I am. And I would love for you to join me in seeking who Jesus is, so we can know exactly who we are. You are so loved by the ONE who beautifully designed you.

Ashley Shepherd & Keeli Boyce
🏹 Sisters on a mission:
We are freedom fighters, ready to help women know who they are in Jesus Christ.
#more

Stay up to date with all the latest

Ashley Shepherd & Keeli Boyce
🏹 Sisters on a mission:
We are freedom fighters, ready to help women know who they are in Jesus Christ.
#more